Updated: Feb 25, 2019 05:21
|
Editorji News Desk
Senior journalist Priya Ramani on Monday appeared in a Delhi court today in connection with a defamation case filed by former Union Minister MJ Akbar over #MeToo allegations levelled against him. The court has granted Ramani bail in the case. The hearing was adjourned till April 10 as the complainant Akbar was not present in the court. Ramani was among a number of women who accused Akbar of sexual misconduct during his time as an editor. The spate of allegations forced Akbar to resign from the Union cabinet on October 17, 2018. 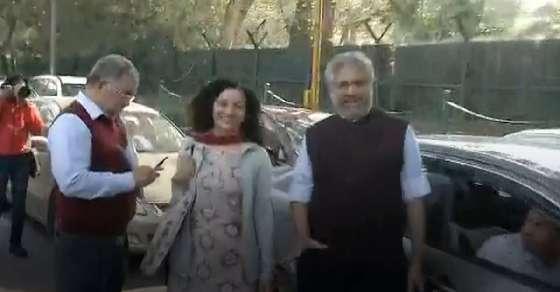