Updated: May 30, 2019 12:14
|
Editorji News Desk
As the Congress party is making efforts to persuade him to remain as President, Rahul Gandhi on Thursday met the Nationalist Congress Party chief Sharad Pawar at his residence in Delhi. Multiple reports said that there's a possibility that the NCP might merge with the Congress. Earlier, the Congress President also met with Karnataka Chief Minister HD Kumaraswamy. Taking the blame for Congress' rout in the Lok Sabha polls, Rahul is adamant on resigning, while his party is pleading him to continue. 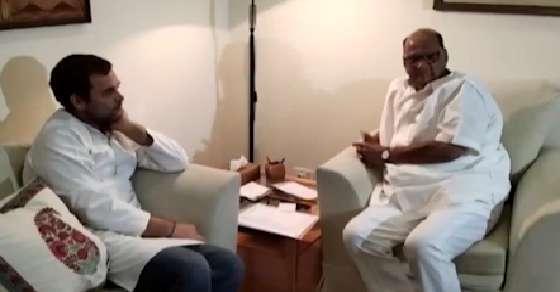