Updated: May 28, 2019 17:27
|
Editorji News Desk
In a bid to persuade him, scores of Congress leaders queued up at the house of party chief Rahul Gandhi, who remained steadfast on quitting his post in wake of the Lok Sabha drubbing. Rahul is believed to have conveyed to the party leaders that he was ‘not running away’ but wanted that someone not from the Gandhi family to lead the Congress. As leaders arrived Priyanka Gandhi, stayed with her brother for most of Tuesday. Multiple reports said that Rahul was more eager to continue the ideological battle against the BJP and its mentor RSS in and outside Parliament. 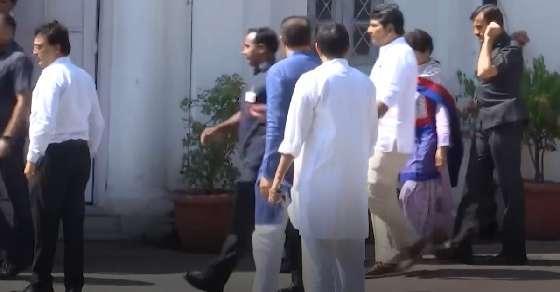