Priyanka at Ayodhya rally: Did you get ₹15 lakh in your account?

Updated: Mar 29, 2019 11:28
|
Editorji News Desk
Congress general secretary Priyanka Gandhi Vadra slammed BJP for its anti-poor approach and asked voters if they had received Rs 15 lakh as promised by the NDA government. Speaking at Adilpur, about 48 kms from Ayodhya, Priyanka told voters that PM Modi has not visited even a single village in his constituency in the last five years. "BJP had promised to put ₹15 lakh in your accounts. But after the elections their own National President came out and said that that was merely a 'jumla' for the elections...PM Modi went around the world and hugged people, but didn't hug his own people," Priyanka Gandhi said. 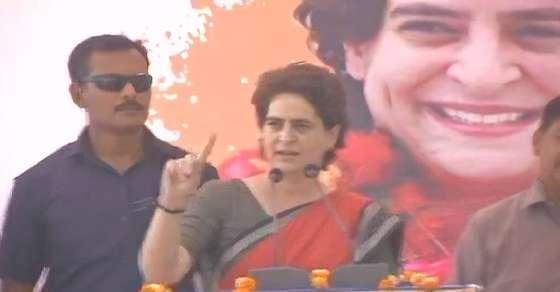 Priyanka at Ayodhya rally: Did you get ₹15 lakh in your account?