A proud moment for Assam. President Ram Nath Kovind in his joint address to the Parliament ahead of the Budget Session, quoted Assam Kesari Ambikagiri Raichoudhury, as the President spoke about unity and called for the nation to stay united as this unity has helped the country face and overcome any challenge or adversity over the years, be it COVID or major cyclones or the locust attack or the bird flu and the crisis along the international border.
Reading out of the President's speech, Vice President M Vankaiah Naidu quoted the Assamese poet's 'Om Tat Sat Bharat Mata, Ek Chetanat, Ek Dhyanat, Ek Sadhanat, Ek Abegat, Hoi Ja, Ek Hoi Ja to drive home the message of unity that Mahatma Gandhi (Bapuji) had preached for years, the same sentiment being reflected in Ambikagiri's poem, a reason why the poet is also known as a staunch nationalist.

Ambikagiri Raichoudhury was born on December 18, 1885 in Barpeta, Assam. He took part in the Independence movement and was jailed by the British. The poet was also a prolific writer with storng nationalistic flavour. He won the Sahitya Natak Akademi award in 1965. 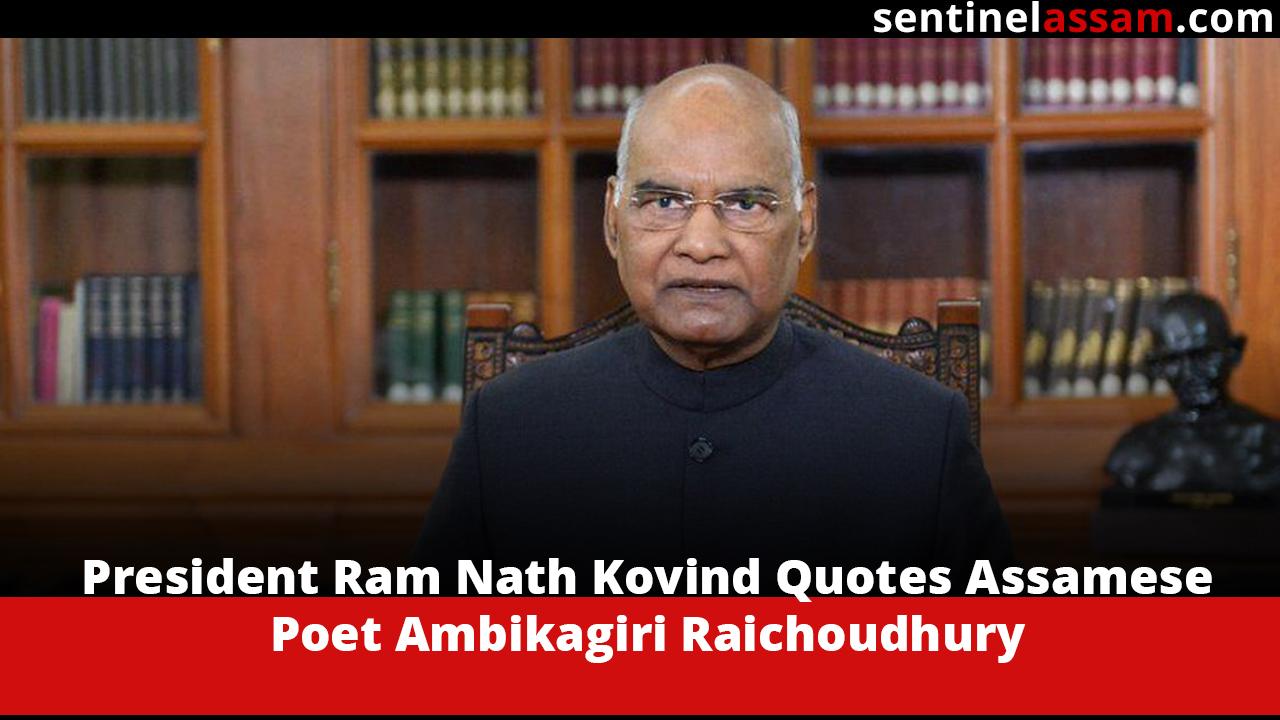