Updated: Feb 28, 2019 03:50
|
Editorji News Desk
Chelsea ended Tottenham's title run hopes after beating the visitors 2-0 in the Premier League on Wednesday. Maurizio Sarri punished keeper Kepa Arrizabalaga for his League Cup disobedience by putting him on the bench as Pedro scored in the 2nd half to give Blues the lead. An own goal from Tottenham sealed the win for Chelsea as Spurs' Premier League title hopes are almost over. 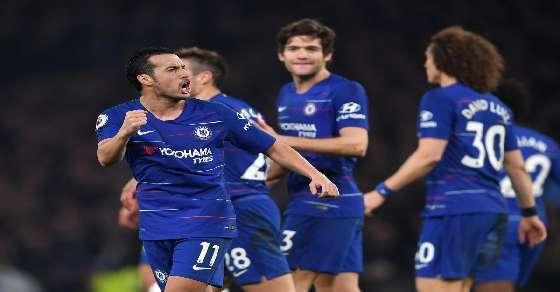