Facing opposition attack for her conditional apology in the Lok Sabha earlier in the day, BJP MP Pragya Thakur was forced to tender another apology. Thakur had apologised for her remark on Mahatma Gandhi's assassin Nathuram Godse but added a rider that the Opposition twisted her comment and presented it out of context. This head led to further outrage in the Lower House. The Lok Sabha Speaker Om Birla then called a meeting of floor leaders of different political parties where the Opposition members insisted for an unconditional apology. 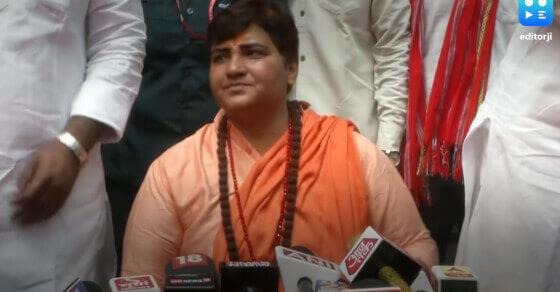