Pompeo snubs Trump ahead of 2nd summit with Kim

Updated: Feb 25, 2019 14:03
|
Editorji News Desk
In a snub to the United States President Donald Trump, Secretary of State Mike Pompeo has said North Korea remains a nuclear threat. After his first summit with North Korean leader Kim Jong-un, Trump had announced that there was no nuclear threat from the East Asian nation. Meanwhile, Pompeo flew out to Vietnam, where he will participate in Trump's second summit with Kim Jong Un. He is also scheduled to hold bilateral meetings with Vietnamese leaders. 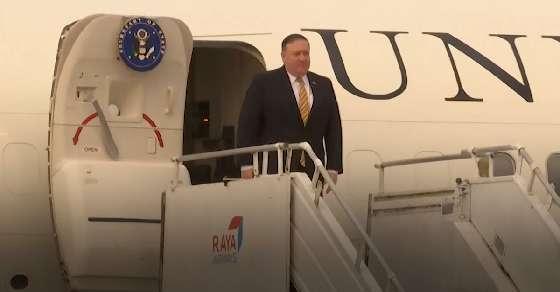 Pompeo snubs Trump ahead of 2nd summit with Kim