Poll panel to look into 'urgency' of PM's announcement

Updated: Mar 27, 2019 14:01
|
Editorji News Desk
The Election Commission reportedly held an 'internal consultation' on Prime Minister Narendra Modi's address to the nation on Wednesday, on India successfully testing an anti-satellite missile. Reports suggest the poll panel has sought an 'active transcript' of the PM's speech from the govt immediately and will look into the 'urgency' of the address. The poll panel has directed a Committee of Officers to examine the matter immediately in the light of Model Code of Conduct. The move comes after several Opposition parties questioned the timing of his address alleging it was done for political mileage. 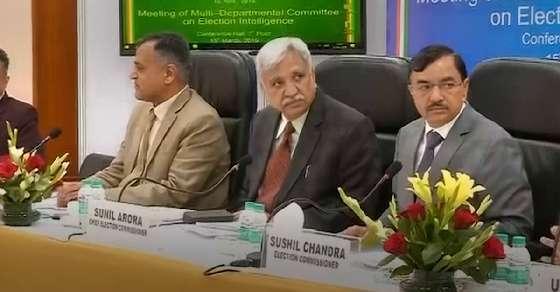 Poll panel to look into 'urgency' of PM's announcement