Updated: Mar 29, 2019 17:32
|
Editorji News Desk
The Election Commission on Friday said, Prime Minister Narendra Modi's address to the nation, on Mission Shakti, did not violate the model code of conduct. The poll panel said, the decision was based on the report of a committee of five officers, who found that the PM did not violate the provision of a 'party in power' misusing official mass media during elections. Opposition parties had questioned the timing of the speech, saying PM was trying to impress on voters that national security tops the BJP agenda. 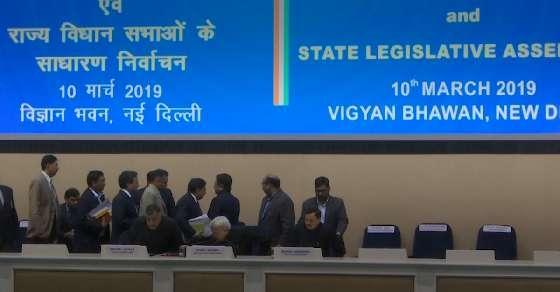