Updated: May 29, 2019 02:32
|
Editorji News Desk
Prime Minister Narendra Modi and BJP cheif Amit Shah met for five hours on Tuesday to discuss the new Cabinet, NDTV reported. There has been much talk about whether Shah would join the cabinet, but according to the report, BJP insiders have called it "speculation". A section in the BJP wants him to remain as party chief ahead of crucial assembly elections in Maharashtra, Jharkhand and Haryana later this year and then Delhi next year. 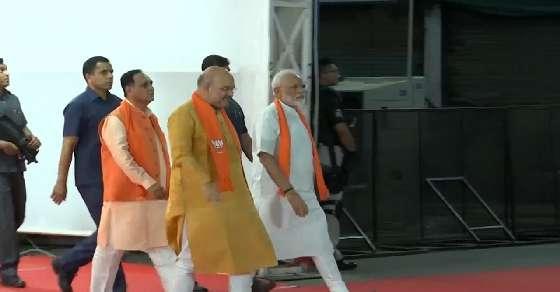