PM Modi met Tulsi Gabbard, the first Indian-origin woman candidate for US presidential elections, in New York on the sidelines of the United Nations General Assembly. The 37 year old US lawmaker apologised for not being able to join the "Howdy, Modi!" event in Houston. A four-term Congresswoman, Democratic presidential hopeful Tulsi Gabbard, recently hit back at critics who accused her of being a 'Hindu nationalist'. Gabbard had said questioning her commitment to America was rooted in 'religious bigotry'. Tulsi Gabbard, is the the first Hindu to be elected to the US Congress. 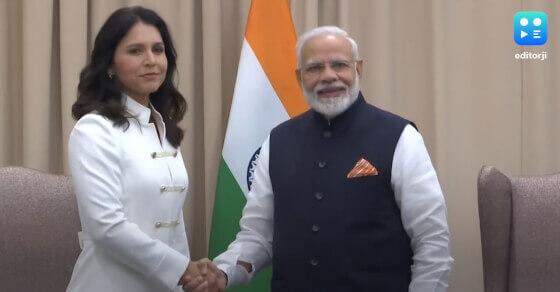