Prime Minister Narendra Modi met with Iranian President Hassan Rouhani in New York on Thursday. The meeting comes soon after PM Modi met with US President Donald Trump for bilateral talks. While addressing an event held at the United Nations General Assembly, US President slammed Iran terming it as one of the 'greatest security threats facing peace-loving nations.' India, which is the world''s third biggest oil consumer, meets more than 80 per cent of its oil needs through imports. Iran is its third largest supplier after Iraq and Saudi Arabia till recently. 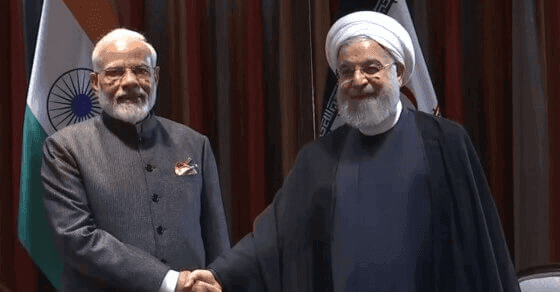