Updated: Feb 26, 2019 02:53
|
Editorji News Desk
A wrap of big stories from morning newspapers... India's golden moment after 10 years at the Oscars shines on all front pages today. The Times of India and Dainik Jagran have stories on a little known village near Hapur in UP that has erupted in celebrations after Period. End of Sentence won an Oscar. The short film is based on a pad making unit and women's movement in this village. The Hindustan Times lead story says that Opposition may not go into polls with a mahagathbandhan but with a common minimum programme. Reports says that a common minimum programme is likely to be ready in the next few days. Lead story in the Mint is on Adani getting bagging the rights to run five airports. Adani group has reportedly paid a huge amount for Ahmedabad, Jaipur, Lucknow, Thiruvananthapuram and Mangluru airports and will now become country's largest private airport operator'. The Indian Express has a story on ailments and procedures that will not be covered under PM's ambitious health scheme Ayus 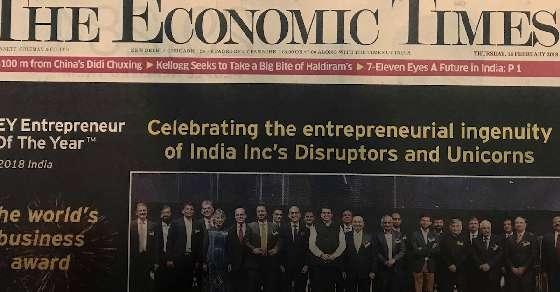