Updated: Mar 30, 2019 17:33
|
Editorji News Desk
Israeli troops fired tear gas and live rounds at crowds of Palestinian protesters who approached the border fence in Gaza. Tens of thousands of people gathered to mark the anniversary of weekly protests at the border, unfurling Palestinian flags and throwing rocks and explosives toward Israeli soldiers. A 17-year-old protester was killed while several others were injured in the clashes. According to the UN, nearly 189 Palestinians and have died up to December 2018. 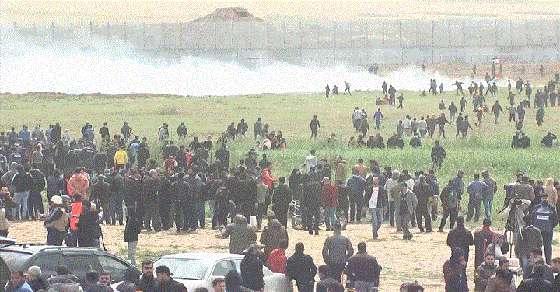