Updated: Feb 28, 2019 14:56
|
Editorji News Desk
In a joint press conference held by the three Armed forces, the Indian Air Force said there is enough evidence to show that Pakistan used F-16s to target Indian military installations in this mission. Pakistan had earlier claimed that no F-16 was part of the operation. He said, "There is enough evidence to show that F-16s were used in this mission through their electronic signatures. Parts of AMRAAM, air to air missile which is carried only on the Pakistani F-16s was recovered east of Rajouri within the Indian territory." 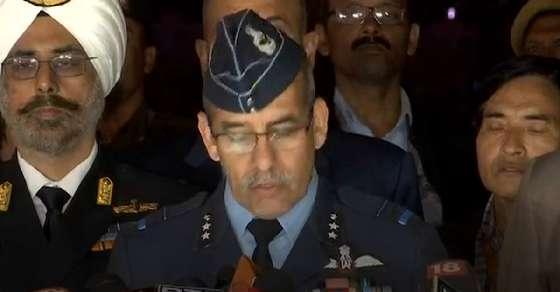