Updated: Mar 30, 2019 12:17
|
Editorji News Desk
After the Nishad Party quit the opposition alliance in UP, the Samajwadi Party announced candidates for the Gorakhpur and Kanpur Lok Sabha seats. The party has fielded Rambhual Nishad from Gorakhpur and Ram Kumar from Kanpur. In what could be a blow to the Akhilesh Yadav-Mayawati-Ajit Singh coalition, the Nishad party is likely to switch to the BJP now. In 2017, a Nishad party candidate who fought on Samajwadi party symbol had defeated BJP candidate in the Gorakhpur bypoll. 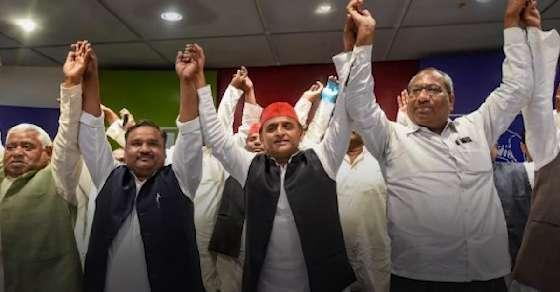