Updated: May 30, 2019 06:15
|
Editorji News Desk
NASA has released a stunning photograph as part of its Astronomy Picture of the Day series. It showcases a volcano, called the “Volcano of Fire” as it erupts under the Milky Way. The central plane of the Milky Way can be seen beautifully illuminating the night sky. A fleeting meteor and Jupiter towards the upper left can also be seen in the photograph. 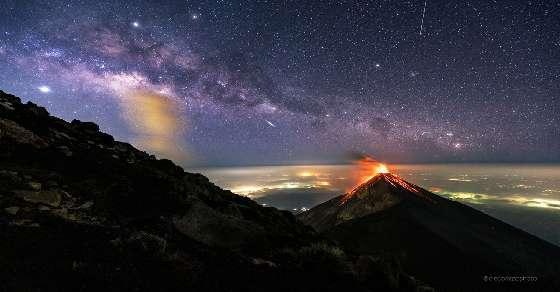