Updated: Feb 24, 2019 08:03
|
Editorji News Desk
Months ahead of the elections, Prime Minister Narendra Modi unveiled income scheme for farmers by digitally transferring the first instalment of rupees 2,000 each to over one crore agriculturists. In presence of UP chief minister Yogi Adityanath, Modi launched the ₹75,000 crore Pradhan Mantri Kisan Samman Nidhi, which was announced in the last budget of his government, from Gorakhpur. Another one crore farmers are expected to be covered in the next two to three days. Over 12 crore farmers holding up to two hectares of land are expected to benefit from the scheme. 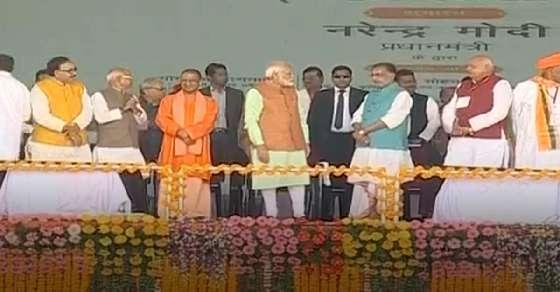