Mehbooba's mother not allowed to meet her

Former J&K CM Mehbooba Mufti's mother Gulshan Mufti has sought permission to meet her incarcerated daughter for just few minutes but administration has denied her request, the Hindustan Times reported. Mufti's daughter Iltija has said that the PDP chief's mother Gulshan Mufti wrote to the J&K police for a short meeting and even offered to be frisked by the security, but she is not being allowed. Mehbooba and other political leaders, including NC chief Omar Abdullah have been locked up since August 5 when Centre abrogated Article 370 and bifurcated J&K. 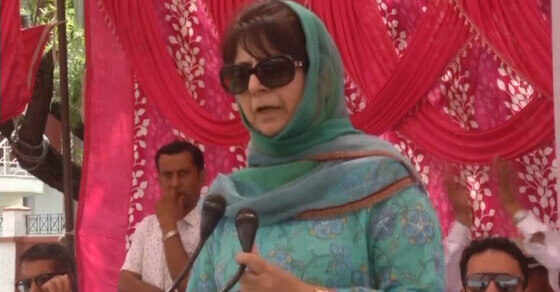 Mehbooba's mother not allowed to meet her