Updated: Feb 25, 2019 06:11
|
Editorji News Desk
Huawei announced its first foldable 5G smartphone at MWC 2019, less than a week after Samsung launched one too. Only 11mm in thickness, the Huawei Mate X features a 6.6-inch OLED display and when you open it, you get an 8-inch OLED screen. The display is larger than Samsung's Galaxy Fold in both modes but also thinner when folded. The Mate X comes at a price tag of €2,299 and should be available from mid June, according to Huawei. 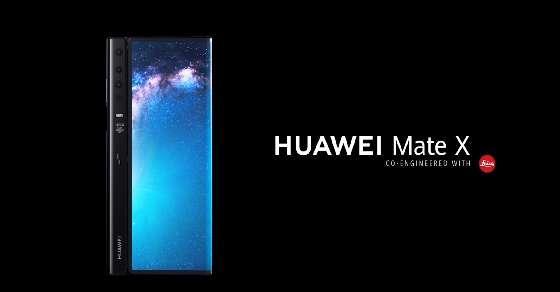