Updated: Feb 26, 2019 07:04
|
Editorji News Desk
Foreign secretary Vijay Gokahle who briefed media on pre-dawn air force strike on terror camp across LoC said that it was a pre-emptive strike needed after intel that Jaish was planning more attacks. He also said that the targeted camp was run by Jaish chief Masood Azhar's brother-in-law Yusuf Azhar. "This facility at Balakot was headed by Maulana Yousuf Azhar, alias Ustad Ghouri, the the brother-in-law of Masood Azhar, Chief of JeM. The Government of India is firmly and resolutely committed to taking all necessary measures to fight the menace of terrorism. Hence this non-military preemptive action was specifically targeted at the JeM camp," the Foreign secretary said. 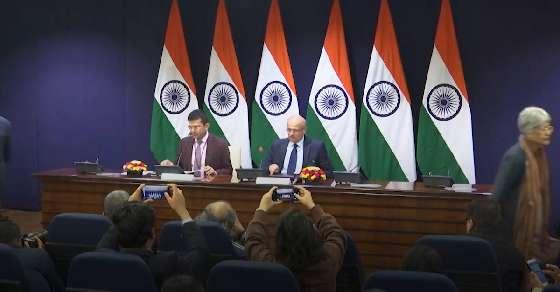