Updated: Feb 27, 2019 01:59
|
Editorji News Desk
UN secretary general António Guterres has appealed to the governments of India and Pakistan to exercise "maximum restraint" to ensure the situation does not deteriorate further. A top UN official said on Tuesday that Guterres is following the situation between the two countries "very closely". The UN Secretary General's remarks came after Indian Air Force carried out a pre-dawn air strike on a terror training camp inside Pakistan. His office said that they did not have any information on the number of casualties. 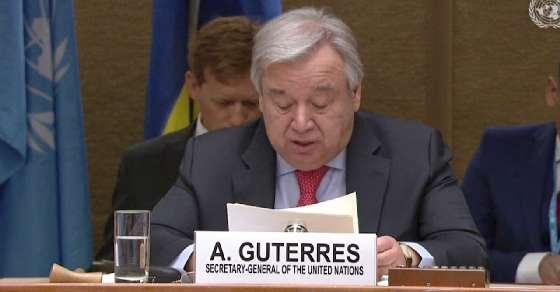