The University of Texas has hired Oscar-winning actor Matthew McConaughey to teach students about taking a film project from script to screen. McConaughey has been reportedly a visiting instructor at the school since 2015 and served as the school's 'Minister of Culture'. The Oscar-winning actor has also been appointed as a professor of practice at University of Texas' Austin Department of Radio-Television-Film. 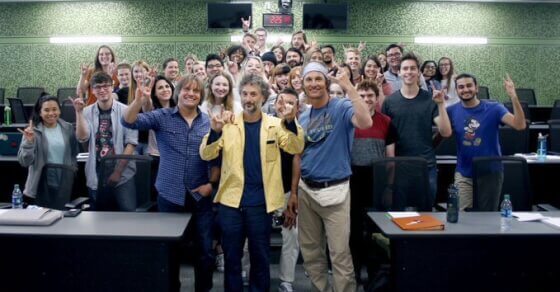