Updated: Apr 27, 2019 06:36
|
Editorji News Desk
One of the oldest Christian missionary schools in Manipur's Kakching district was burnt down on Friday, after disciplinary action was taken against six students. The police have filed a case and an investigation has been initiated. "A total of 10 rooms are destroyed. Two of them had important documents, files and equipment," Father Dominic, Principal of the school told news agency ANI. School authorities suspect that the expelled students conspired with a local group, which could be behind the incident. 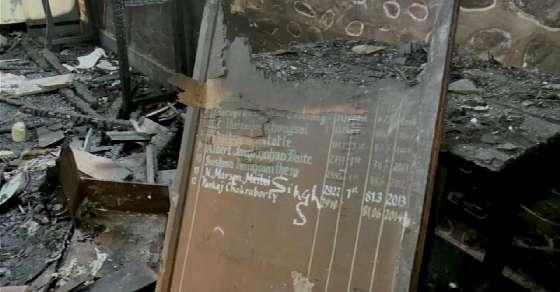