Updated: May 30, 2019 17:35
|
Editorji News Desk
Senior BJP leader and eight-time Parliamentarian Maneka Gandhi is likely to be the pro-tem speaker in the 17th Lok Sabha elections, Hindustan Times reported quoting sources said. Maneka, who won from the Sultanpur seat, is the outgoing Union Minister for Women and Child Development. The main duty of the pro-tem Speaker is to administer the oath of office to new members of the Lok Sabha. A temporary post, the Pro-tem Speaker presides over the first meeting of Lok Sabha besides presiding over the sitting in which the Speaker and Deputy Speaker is elected. 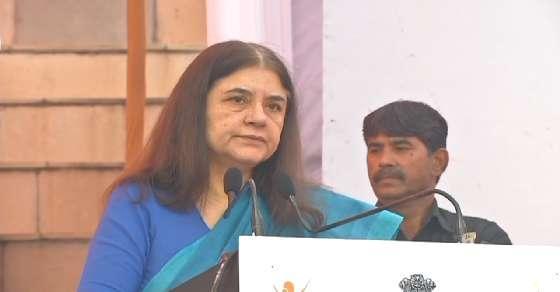