Man shot at in Delhi, attack caught on CCTV

Another day, another daring in the Capital. A man was shot at by an unidentified gunman in east Delhi’s Shahdara on Thursday, news agency ANI reported on Friday. A CCTV footage of the attack shows two men on a motorcycle in New Usmanpur area. They fall as a man in a white shirt is seen chasing them on foot. Police have registered a case and an investigation is underway. Thursday’s shooting came days after a property dealer was shot dead in Dwarka on Tuesday evening. 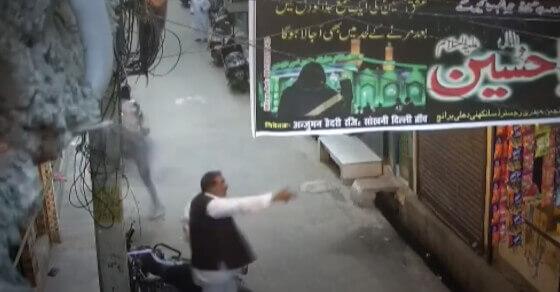 Man shot at in Delhi, attack caught on CCTV

Stampede at temple in Rajasthan: at least 3 dead in Khatu Shyam Mandir incident in Sikar