In a tragic incident, a man burnt to death at Bokajan in Karbi Anglong district on Wednesday evening.

As, per information a fuel tanker heading towards Golaghat collided head-on with a goods truck coming from opposite direction over NH-39. In the Bokajan area, the collision took place.

The impact of the collision was so severe that it triggered a fire in the cabin of the fuel tanker resulting in burnt alive till death of the driver.

According to the report, two fire tenders were rushed to the spot to contain the fire which lasted for about an hour.

Reportedly, the accident affected regular traffic and resulted in long queues of vehicles on either side of the Highway. 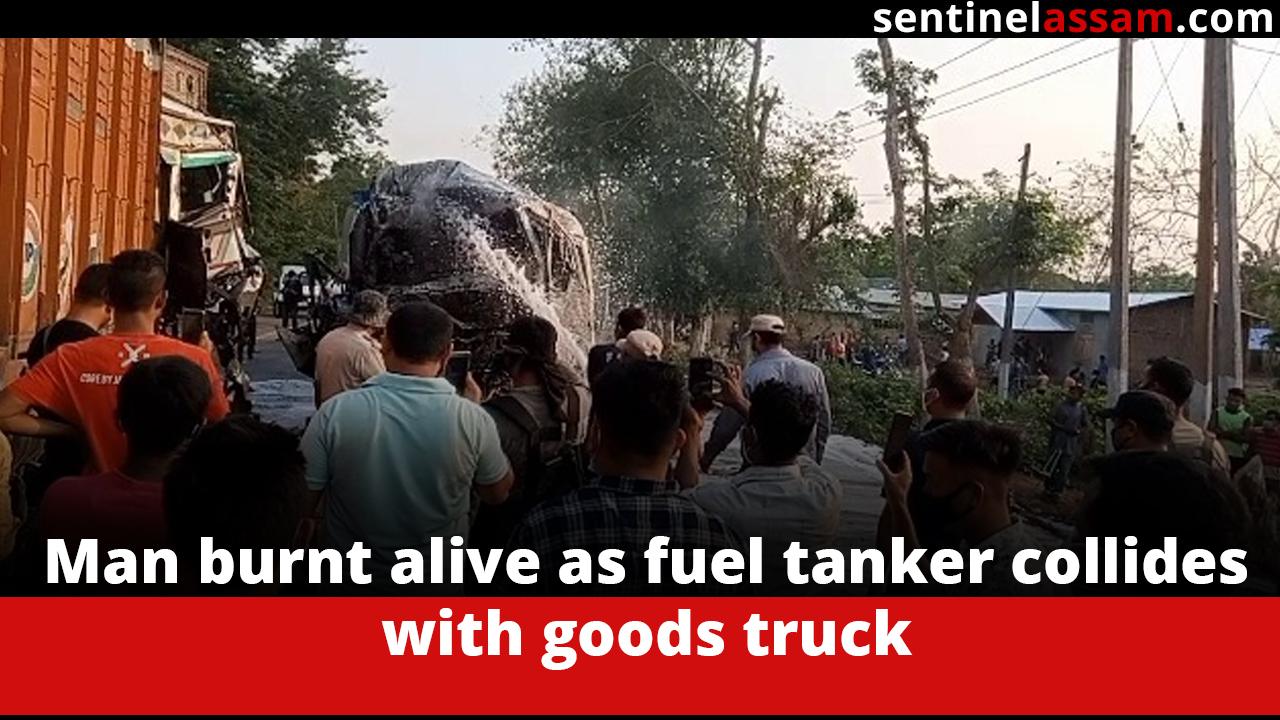