Updated: Feb 26, 2019 06:03
|
Editorji News Desk
Sharpening her attack on the BJP, West Bengal CM Mamata Banerjee said that if she could end the 34-year rule of the CPM, she could get rid of the five-year old Modi government as well. Didi further accused the BJP of ruining the country and spreading hate, as she vowed to win all 42 Lok Sabha seats in West Bengal. Didi even accused the BJP of having prior knowledge of the Pulwama attack, as she blamed the Centre's 'lapses' for the death of the 40 jawans. 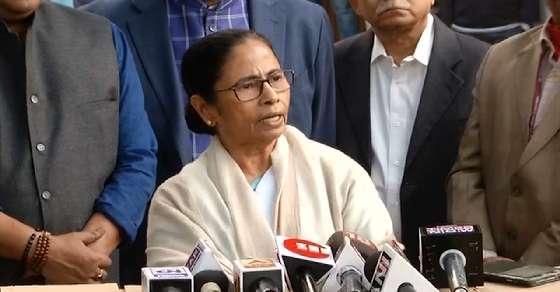