Hundreds of demonstrators gathered outside the gates of Number 10 Downing Street in London on Saturday, to protest against British Prime Minister Boris Johnson's decision to suspend Parliament in the run-up to Brexit. Demonstrations were also held in Birmingham, Manchester, Liverpool, Glasgow, and several other locations. The protests come after a petition against Johnson's plan to suspend Parliament racked up more than 1.64 million signatures. 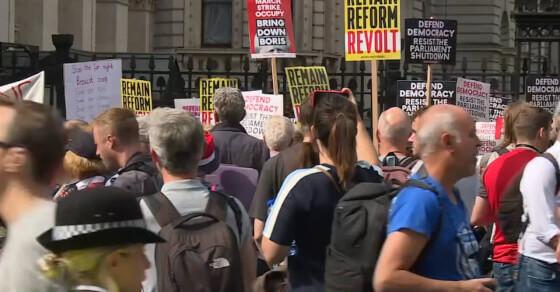