Jammu and Kashmir Governor Satya Pal Malik has once again launched an all-out attack on Rahul Gandhi and said that the former Congress president was acting like a political juvenile. Malik, who was appraising about the situation in the state, said those standing up for Article 370 will face the wrath of the electorate. "I shouldn't say this but when elections come their [Congress] opponents will simply say the Congress is a sympathiser of Article 370, people will beat them with shoes," Malik said. 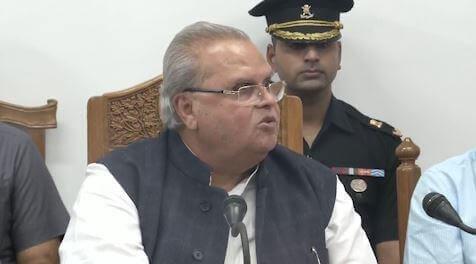