Updated: May 28, 2019 06:42
|
Editorji News Desk
RJD patriarch Lalu Prasad has termed Rahul Gandhi's offer to quit his post as Congress president as "suicidal". According to a report published in The Telegraph, Lalu Prasad said Rahul Gandhi's decision to quit as Congress chief will not only ring the death knell for his party but all forces who are fighting against the Sangh Parivar. He said it would also be akin to falling into the BJP's trap. 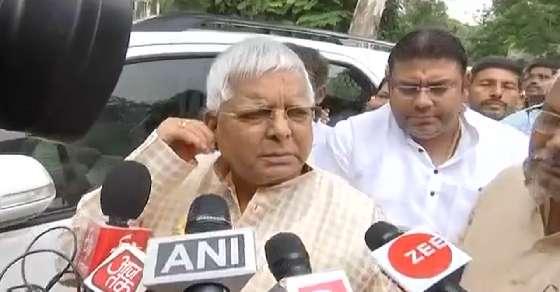