Updated: Apr 28, 2019 04:59
|
Editorji News Desk
Barcelona lifted the La Liga title on Saturday after a sluggish victory against Levante at Camp Nou on Saturday. After a goal-less first half, star forward Lionel Messi came off the bench and scored just after the hour to become the first player to win 10 La Liga titles with Barcelona. The Argentinian's heroics carried the Catalan giants to their 26th La Liga title. 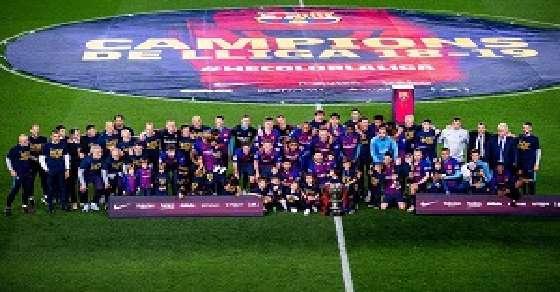