Updated: Feb 26, 2019 12:48
|
Editorji News Desk
Hours before his arrival in Vietnam for his summit with US President Donald Trump, North Korean leader Kim Jong Un has been filmed taking a pre-dawn smoke break at a train station in China. The video shows Kim taking a drag on a cigarette and talking with North Korean officials at Nanning rail station. A woman who appears to be his sister, Kim Yo Jong, is seen holding a crystal ashtray. Kim arrived in Vietnam on Tuesday after an almost 70-hour train ride that cut through southern China. 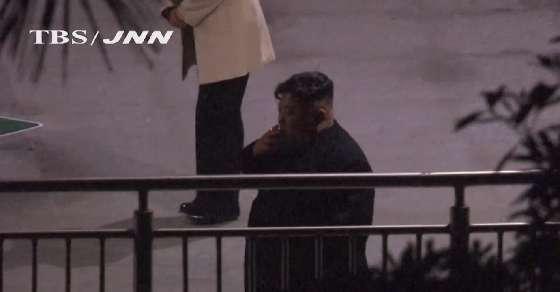