Updated: Apr 27, 2019 17:03
|
Editorji News Desk
Employees of crisis-hit Jet Airways and their families held a candle-light vigil at Jantar Mantar in the national capital, appealing once again to the govt to save their livelihoods. After flying for 25 years, Jet Airways suspended operations on the 17th of April, after lenders declined a Rs 400-crore lifeline, putting nearly 20,000 jobs at stake. A senior technician with the airline allegedly committed suicide in Maharashtra's Palghar district due to depression as he was suffering from cancer. 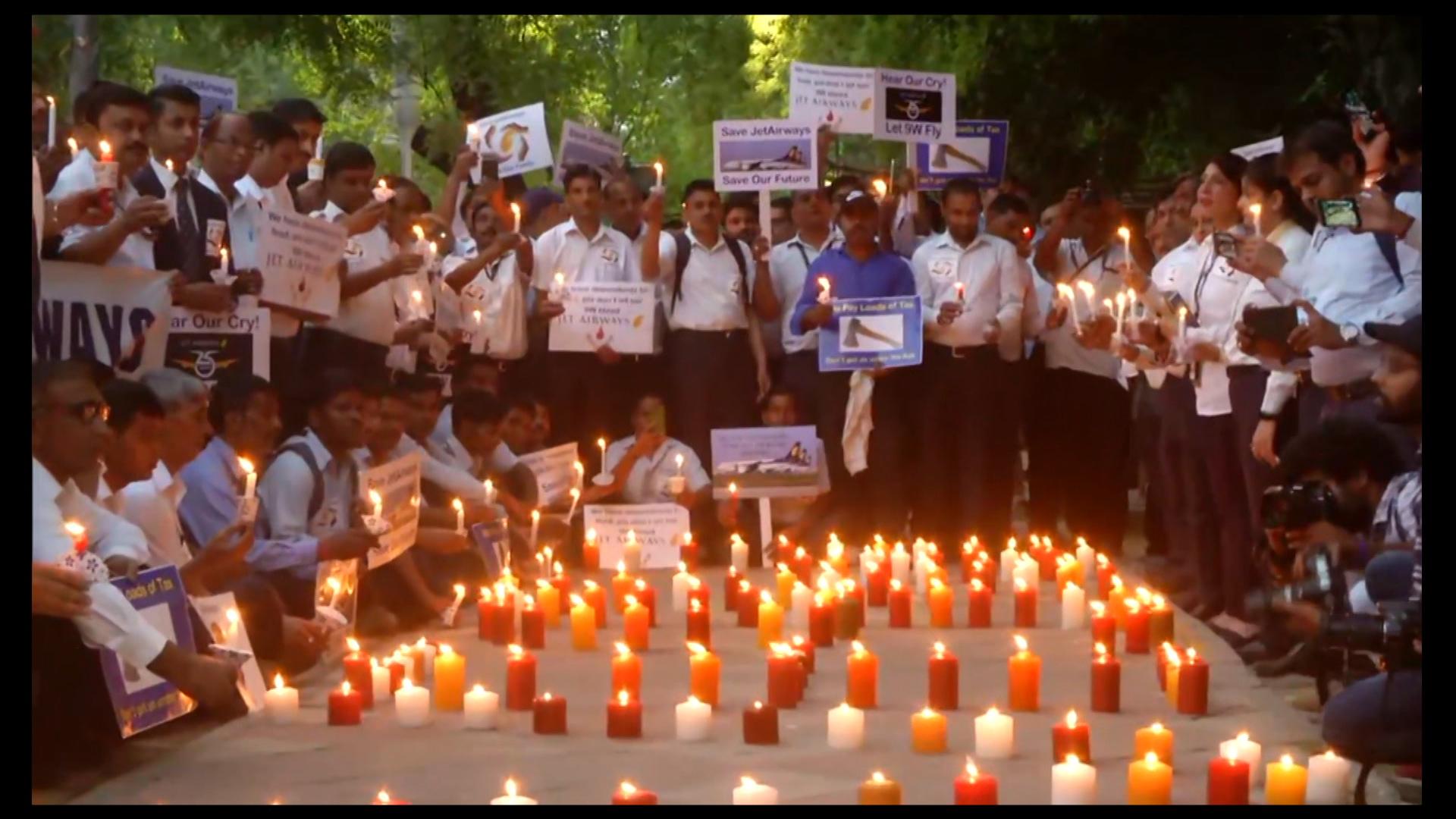