Jaitley jibe at Oppn: lower they go, stronger we will emerge

Updated: Mar 27, 2019 10:24
|
Editorji News Desk
Union Minister Arun Jaitley rubbished allegations by the Opposition that the announcement of 'Mission Shakti' was done by the govt to score political brownie points ahead of the elections. Jaitley said the issue was of national security and the BJP had not politicised it. "Can anybody argue that details of such a sensitive programme should have been disclosed to anybody but those who are highest in command. Its regrettable that elementary lessons of national security is lost on my friends in the opposition," said Jaitley. 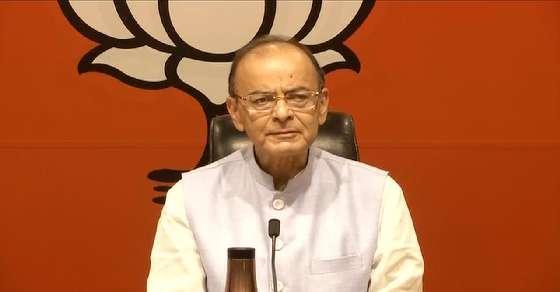 Jaitley jibe at Oppn: lower they go, stronger we will emerge