3 terrorists holed up in a house in J&K's Ramban have been killed by security forces. One jawan was also killed in the encounter. The owner of the house, who is reportedly a BJP worker and was take hostage by terrorists, has also been rescued. The terrorists had tried to stop a civilian vehicle earlier on Saturday morning and then were hiding in the BJP worker's house. In a separate incident, 3 terrorists were gunned down by security forces in Ganderbal area of the Valley. Large quantity of weapons were also recovered from the site. In a third incident, a grenade was hurled on CRPF men in Safakadal area of Srinagar. No injury or loss of life reported in the incident 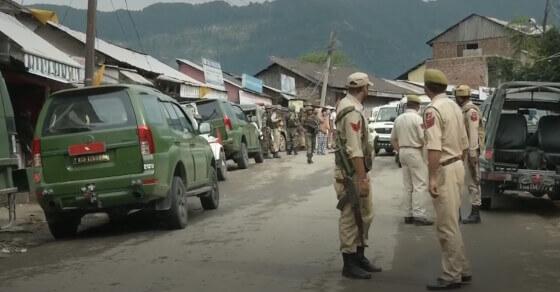