Updated: Mar 29, 2019 03:27
|
Editorji News Desk
Mumbai's match with Bangalore on Thursday was clouded by controversy after umpires did not call a suspected no ball at the last ball of the match which might have costed Virat Kohli's team a win. Twitter erupted after the incident and cricket celebrities like Dean Jones & Aakash Chopra called out the umpires for missing the obvious overstepping by Malinga. 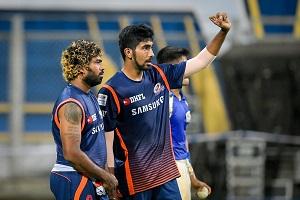