India lost last 8 wickets for just 63 runs and were bowled out for 278 in the 2nd innings.

India's fightback ends, England win by an innings & 76 runs to level the series

With a great fightback on Day 3, Team India raised some hopes of a turnaround, but it was not to be. England humbled the visitors by an innings and 76 runs in the 3rd Test to level the 5-match series 1-1, with 2 games to go.

India resumed Day 4 at 125/2 but England was in a different mood this time around. It was a party for England as India had a batting collapse and every bowler wanted a piece of the Indian batting line-up. Kohli's men lost last 8 wickets for just 63 runs and were bowled out for 278 in the 2nd innings. Even Rohit, Pujara and Virat's half-centuries couldn't help India recover from that humiliation in the 1st innings where they were bundled out for mere 78. 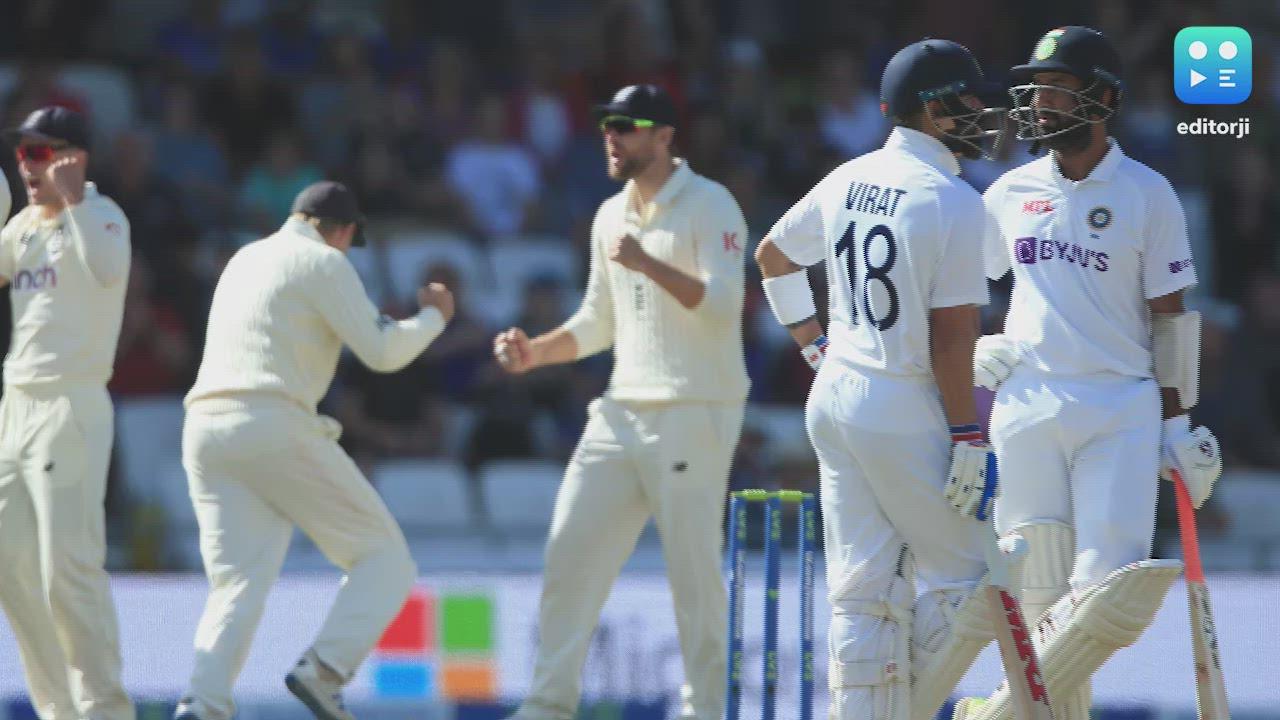 India's fightback ends, England win by an innings & 76 runs to level the series

India Vs England: Fired up Jonny Bairstow smashes hundred after argument with Kohli

'He puts a price on his wicket': Jadeja reveals secret behind Bumrah's batting heroics