Updated: Mar 28, 2019 02:49
|
Editorji News Desk
A day after India successfully test fired an anti-satellite missile, US has warned warned other nations contemplating such tests. The US has said that such tests risk making a “mess” in space because of debris fields they can leave behind. Acting U.S. Defence Secretary Patrick Shanahan said the United States was still studying the outcome of a missile India said it launched at one of its own satellites. “My message would be: We all live in space, let’s not make it a mess, he said 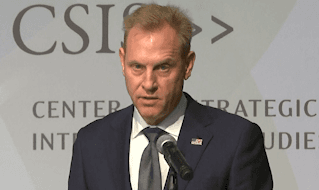