Updated: Feb 28, 2019 15:23
|
Editorji News Desk
Speaking at a joint press meet by the three armed forces, Air Vice Marshal Ravi Kapoor said Pakistan had made many factually incorrect statements. He added that though Pakistan claimed to have fired in sparsely populated areas, they targeted India's military installations, an attempt that was foiled by the Indian Air Force."The first blatant disinformation was that 2 IAF aircraft were shot down by Pakistan and 3 pilots of IAF were down. This figure was later revised downwards to 2 IAF aircraft and 2 pilots. Pakistan later in the evening changed its statement to say that 1 Indian pilot was in their custody. Therefore, it was only by late evening that Pakistan accepted the facts," Air Vice Marshal RGK Kapoor said. 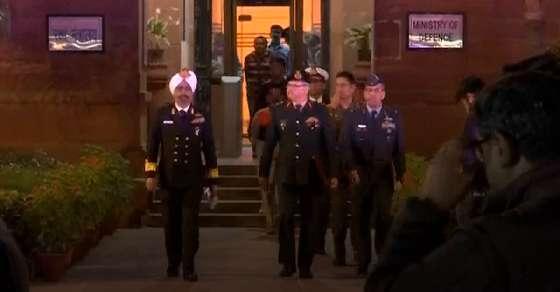