Updated: Feb 25, 2019 13:02
|
Editorji News Desk
Without naming the Congress, Prime Minister Narendra Modi slammed the grand old party, accusing it of ignoring the plight of armed forces and instead focusing on filling their own coffers. The PM raked up the Bofors and Chopper scam, saying all investigations point to one family. "From Bofors to Helicopter deal, all the investigations are pointing to one family, it says a lot. Those who would think that they owned India never cared about the Armed Forces," said the PM. 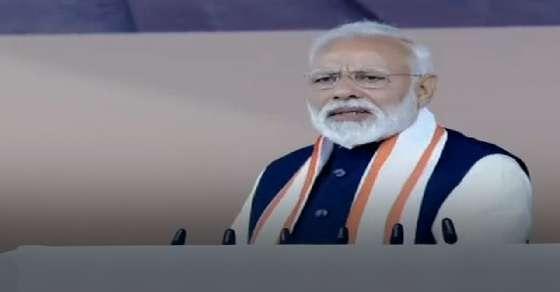