Updated: Feb 27, 2019 03:56
|
Editorji News Desk
Foreign minister Sushma Swaraj is in China for the meet of Russia, India and China foreign ministers. The meet is significant as it come a day after Indian Air Force strikes on the Jaish camp inside Pakistan. Swaraj has reiterated in China that based on credible info that Jaish was planning more attacks in parts of India, govt decided to take pre-emptive action & target was selected in order to avoid civilian casualties. India has also launched a major diplomatic offensive against Pakistan after Pulwama attack. 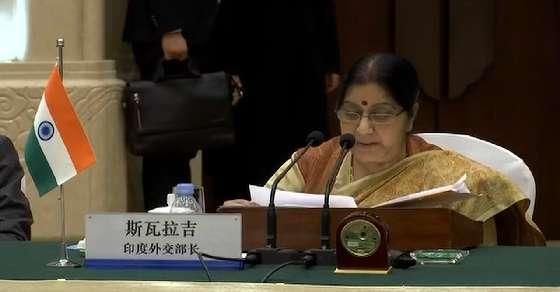