In a first, scientists discover seawater from the Ice Age

Updated: May 28, 2019 11:26
|
Editorji News Desk
Scientists from the University of Chicago have found remnants of seawater dating back to the Ice Age that existed more than 20,000 years ago. The untouched water was discovered inside a rock formations in the Indian Ocean. Researchers had to earlier rely on indirect clues, like fossil corals and chemical signatures on the seafloor to reconstruct Ice Age seawater but thanks to this discovery they now have an actual piece of the 20,000-year-old ocean. Properties of the seawater suggest that salinity in the Southern Ocean may have had more impact on driving ocean circulation than it does today. 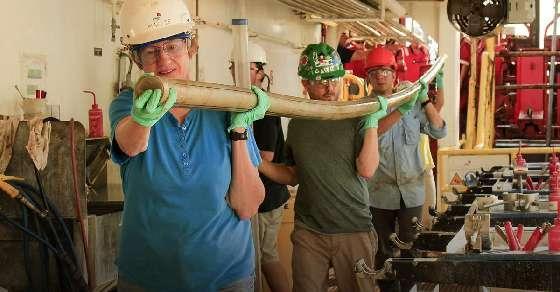 In a first, scientists discover seawater from the Ice Age