Updated: Mar 27, 2019 08:46
|
Editorji News Desk
Huawei has launched its P30 series of smartphones, with the P30 Pro flagship, and the P30. The P30 Pro picks up where last year's Mate 20 Pro left off, and gets a sophisticated quad camera setup at the back, that promises up to 10x lossless zoom and features an ultrawide image sensor as well. In order to fit a tiny drop notch on the 6.47-inch curved OLED screen, there's no earpiece, and the phone instead uses electromagnetic levitation technology to produce call audio. The P30 Pro is powered by Huawei's own Kirin 980 processor, paired with 8GB of RAM, and up to 512GB of storage. Its 4,200mAh battery like the Mate 20 Pro, supports 15W wireless charging and reverse wireless charging. 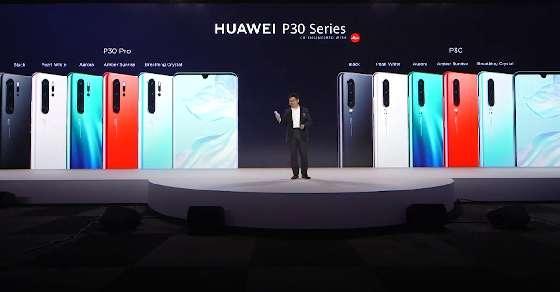