Updated: May 30, 2019 07:07
|
Editorji News Desk
A San Diego hospital on Wednesday revealed the birth of a girl who is believed to be the world's tiniest surviving baby. She weighed just 245 grams at birth before she was discharged as a healthy infant after five months. Saybie was born at just 23 weeks and three days. Described as a miracle baby, her father was told she wouldn't make it beyond an hour after being delivered. Saybie's ranking as the world's smallest baby ever to survive is according to the Tiniest Baby Registry maintained by the University of Iowa. 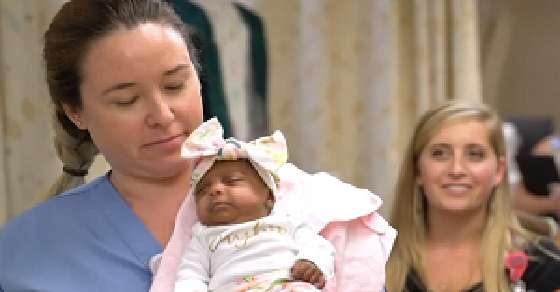