Thousands of pro-democracy protesters in central Hong Kong took to the streets for a 13th consecutive weekend and clashed with police who fired tear gas and water cannon to disperse them. Demonstrators dressed in black, marched towards the police headquarters in central Wan Chai, while many with gas masks and protective gear lit barricades on fire outside government headquarters. Riot police first fired blue liquid from a water cannon, then moved onto to rubber bullets as demonstrators hurled petrol bombs. These violent protests were triggered by a proposed bill in June, that would have allowed extraditions to mainland China, but though the draft law has been shelved, protesters are adamant on their main demands. 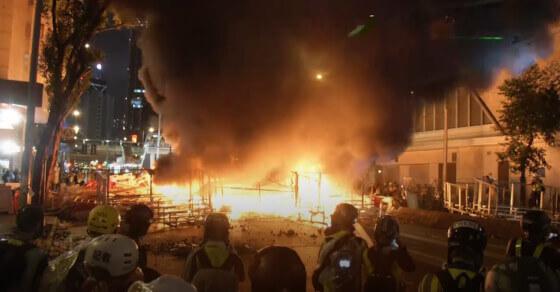