Thousands of pro-democracy protesters defied rounds of police tear gas rounds on Sunday to hold a march through in central Hong Kong. Though the police fired tear gas it only appeared to embolden the crowds who then began walking through the streets in their thousands. Sunday's protest is part of global protests aimed at casting a shadow over communist China's upcoming 70th birthday. But the ongoing unrest in Hong Kong threatens to upstage those celebrations. Democracy activists have called for "anti-totalitarian" protests to be held around the globe on Sunday. 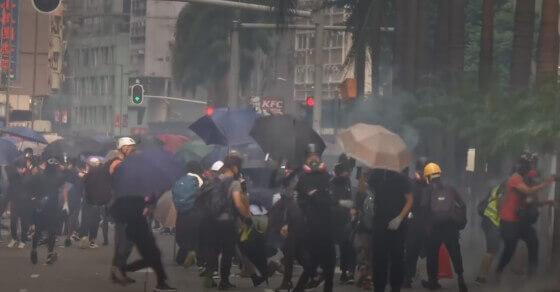