Hong Kong police ended their blockade of a university campus Friday after surrounding it for 12 days to try to arrest anti-government protesters holed up inside. About 100 officers first entered the Polytechnic campus on Thursday to collect evidence and remove dangerous items. A police statement said that over two days, they seized 3,989 gasoline bombs, 1,339 explosive items, 601 bottles of corrosive liquids and 573 weapons but no protesters were found. A university official estimated it would take five to six months to repair the damage to the campus. 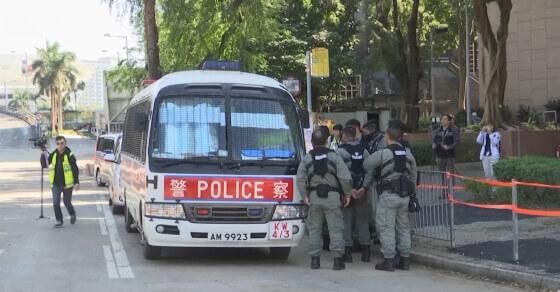