Former India opener Gautam Gambhir has slammed the former Pakistani cricket team captain Shahid Afridi for his Twitter comment that he plans to visit the LoC in solidarity with his "Kashmir brethren". The cricketer-turned-politicians took to Twitter to say, "it's proven beyond all doubts that Shahid Afridi has refused to mature! Am ordering online kindergarten tutorials for help". He later told reporters, "Some people never grow up, they play cricket but they never age. His brain doesn't grow either. If he wants to politicise everything, why doesn't he join politics but politics too needs people with maturity, which he lacks". 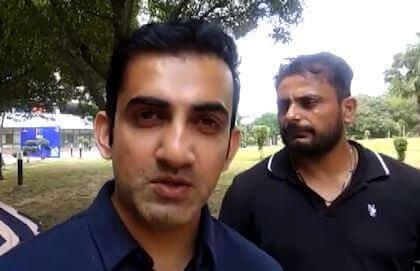